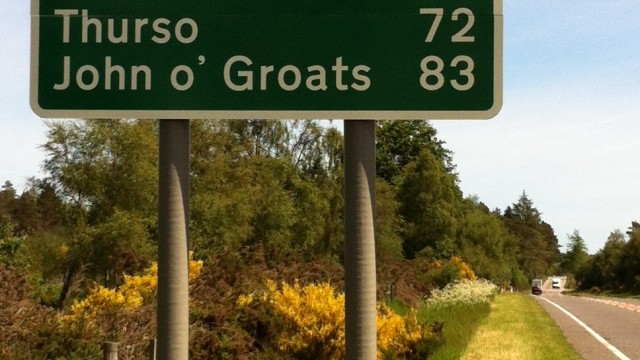 We had a great dinner last night in “Little Italy” in Inverness, then to pub to watch the footy and get some more blogging done.  Boring game so had a drink then went back to our van to get some sleep.  I left the others behind as they wanted more.

Slept well but again woke far too early because we had (yes I know you won’t believe it) bright sunshine.

We rushed out after breakfast to get on the road and after the usual pumping up tyres filling bottles, fighting over the bananas we were on our way.  It was sunny enough for me to wear my shades but on principle I refused to.  I have had them with me since day one and day 12 I get to use them ?  Dave and Paul even applied some sunscreen, I personally think that is tempting fate a little but who knows.

A really crappy ride out of Inverness on the A9 with loads of traffic but within 30 mins we were down some little B road and peddling along quite nicely….. This road led us up a quite steep hill and but finished up at the Cromarty to Nigg Ferry cutting out quite a bit of the A9.  There is nothing much to report.  The scenery was flat and rather uninteresting but today was just about getting the next 70 ish miles out of the way.  The ride was going really well and we settled into quite a fast pace but still had time to take jokey pictures. We soon  arrived at Tain where we stopped for Tea.

After Tain we hit the main road again and for 35 miles had a very strong headwind that was very difficult to make progress against.  We really struggled for those last miles and Dave and I were very happy to arrive at Helmsdale.

The van was parked in the local pub car park and Rob had left the “Gone Fishing” sign on the van.

We showered and went for a wander round town… being last in the shower the water was very hot, Thanks chaps, they got cold water!

Not a lot else to say about today, except It was MUCH harder than we anticipated and I and really happy that stretch is over.

To finish the day we had an enormous plate of fish and chips so now just about asleep!!!!! 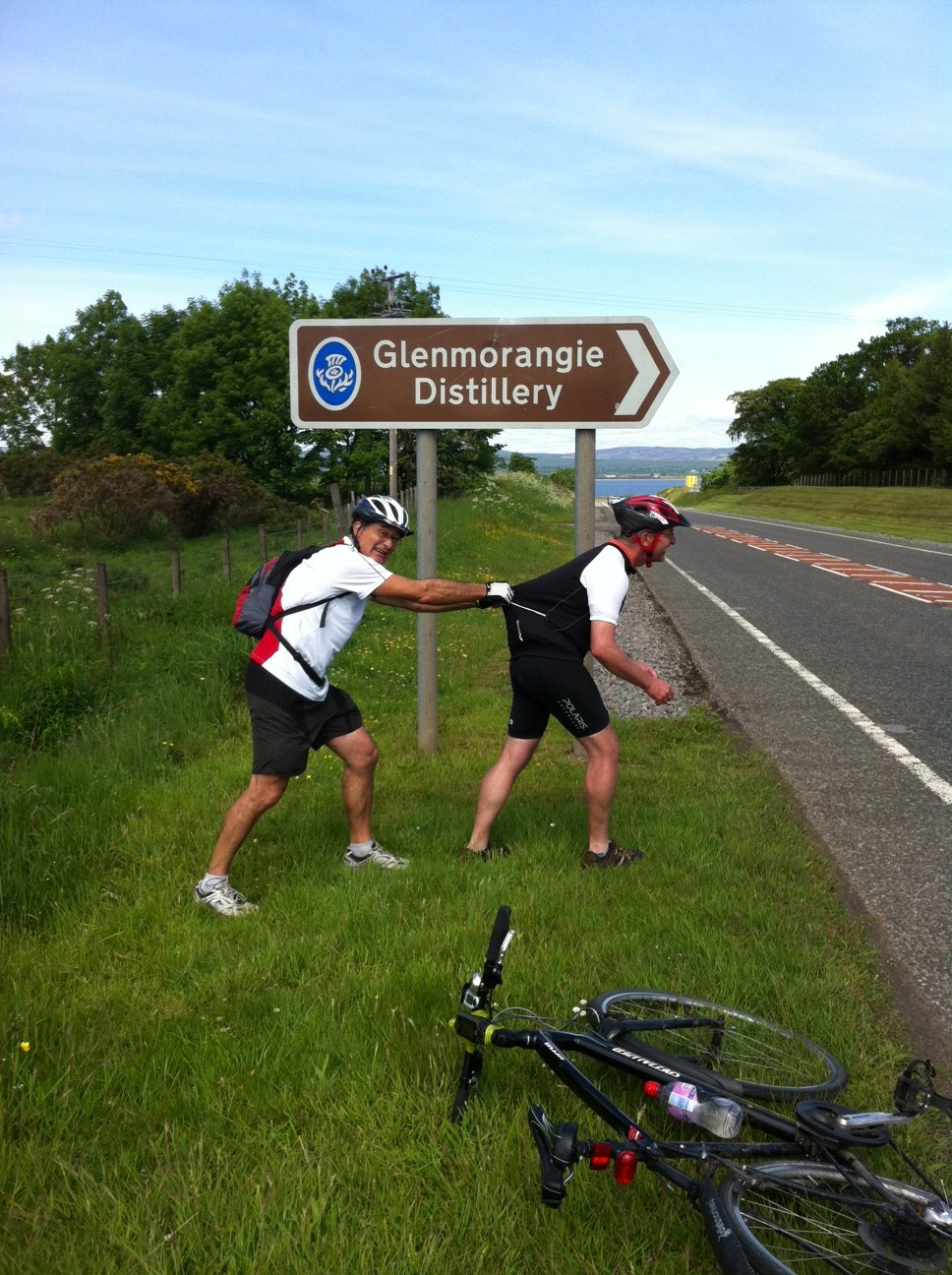 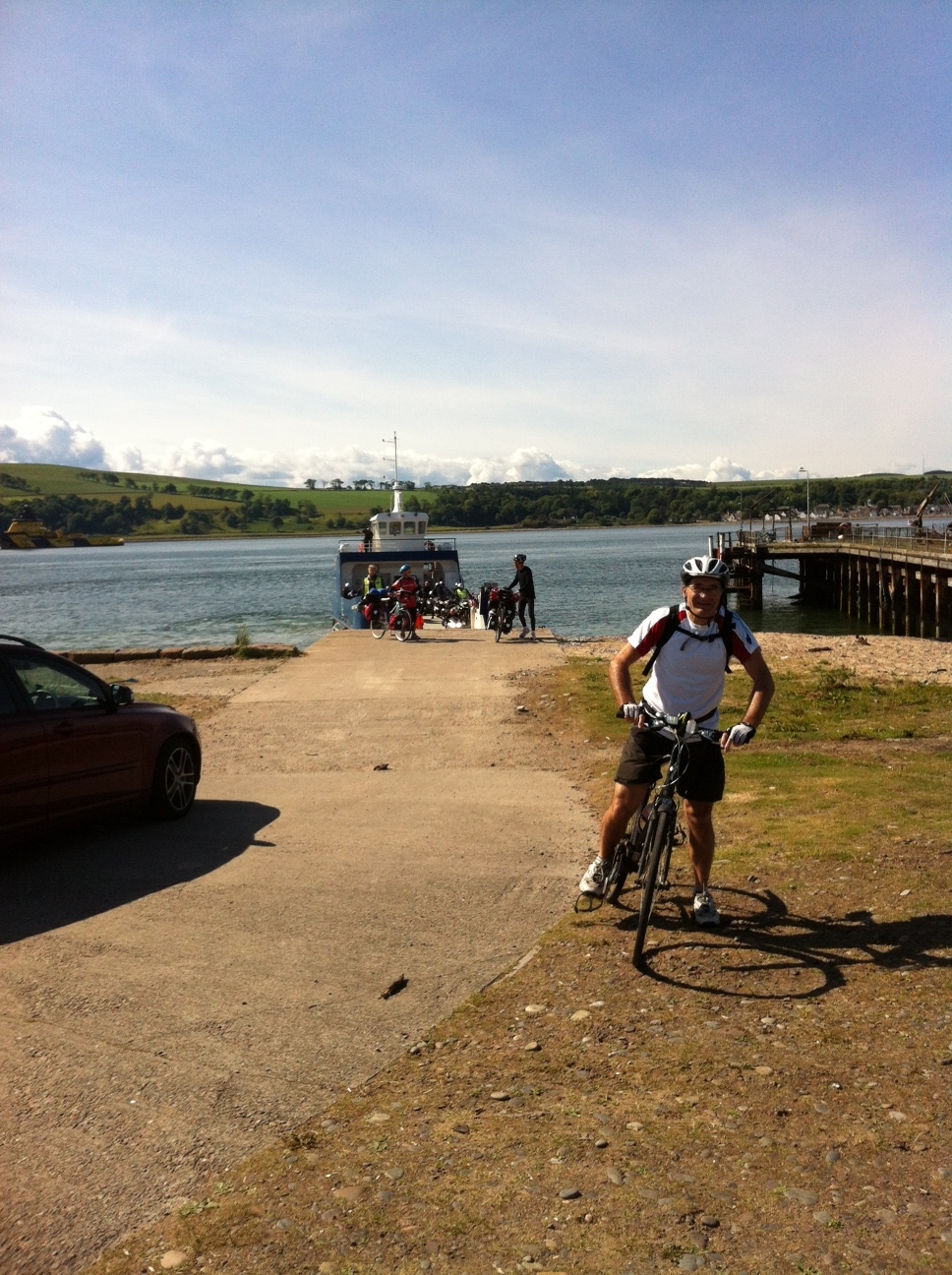 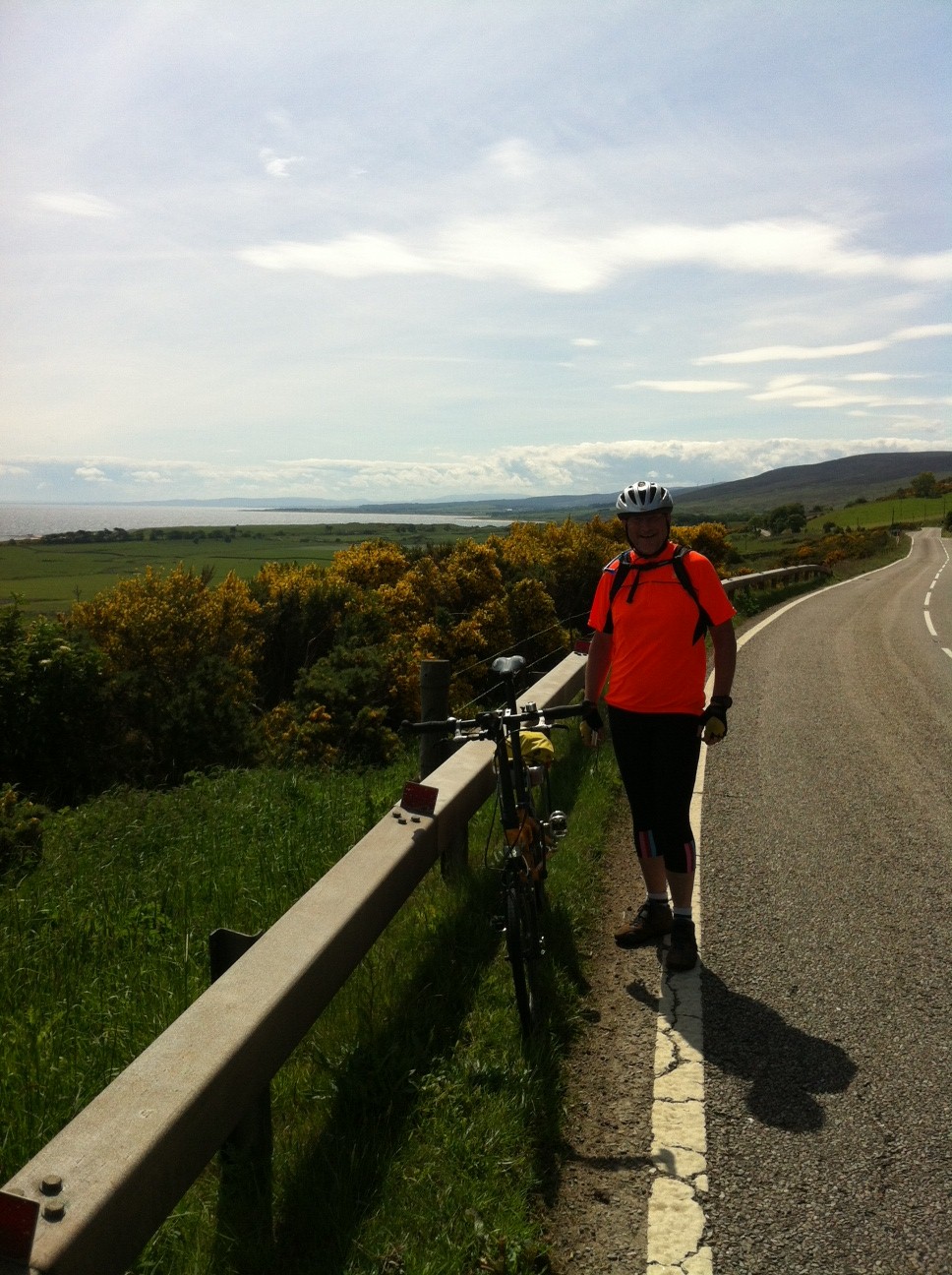 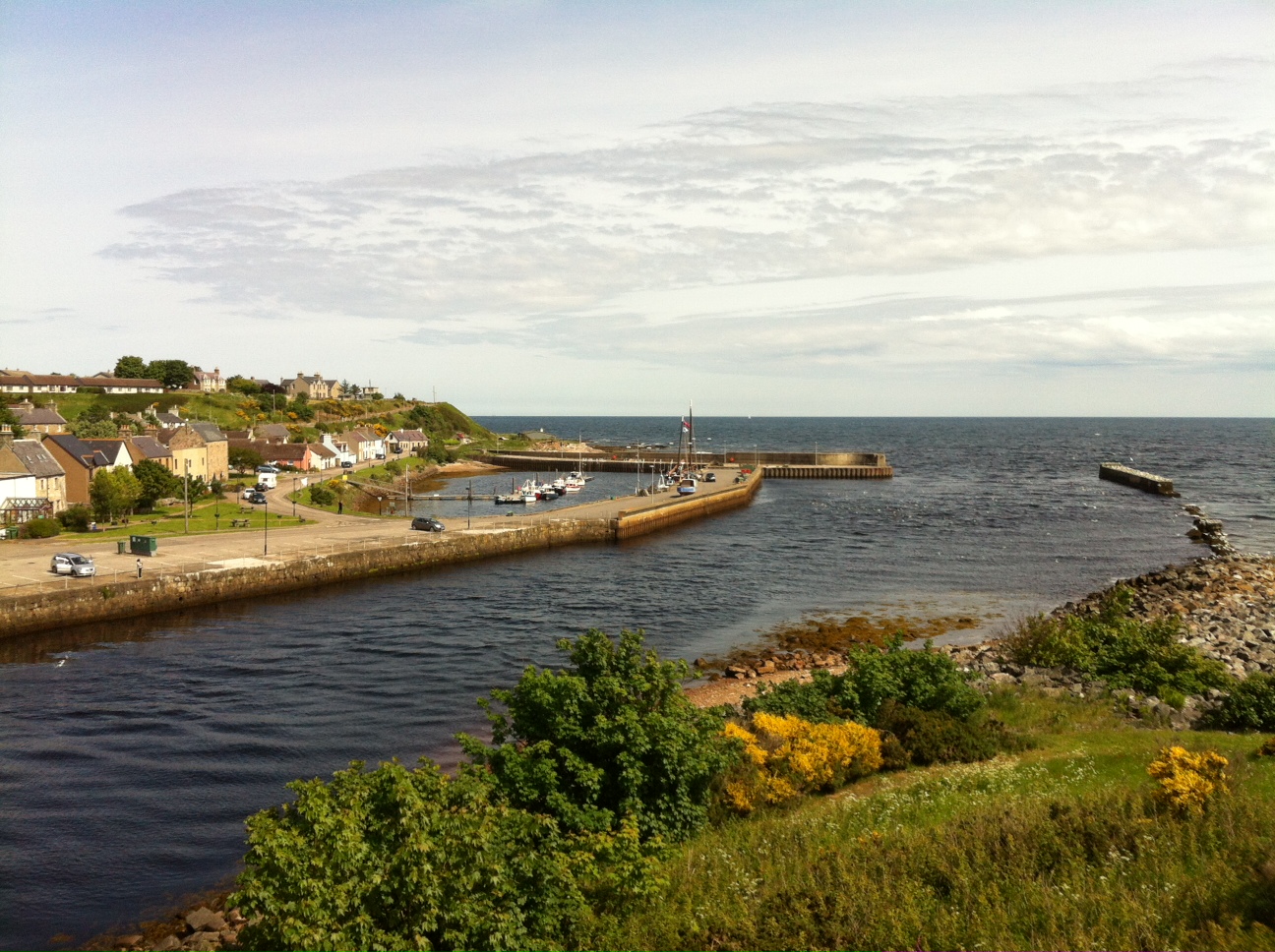 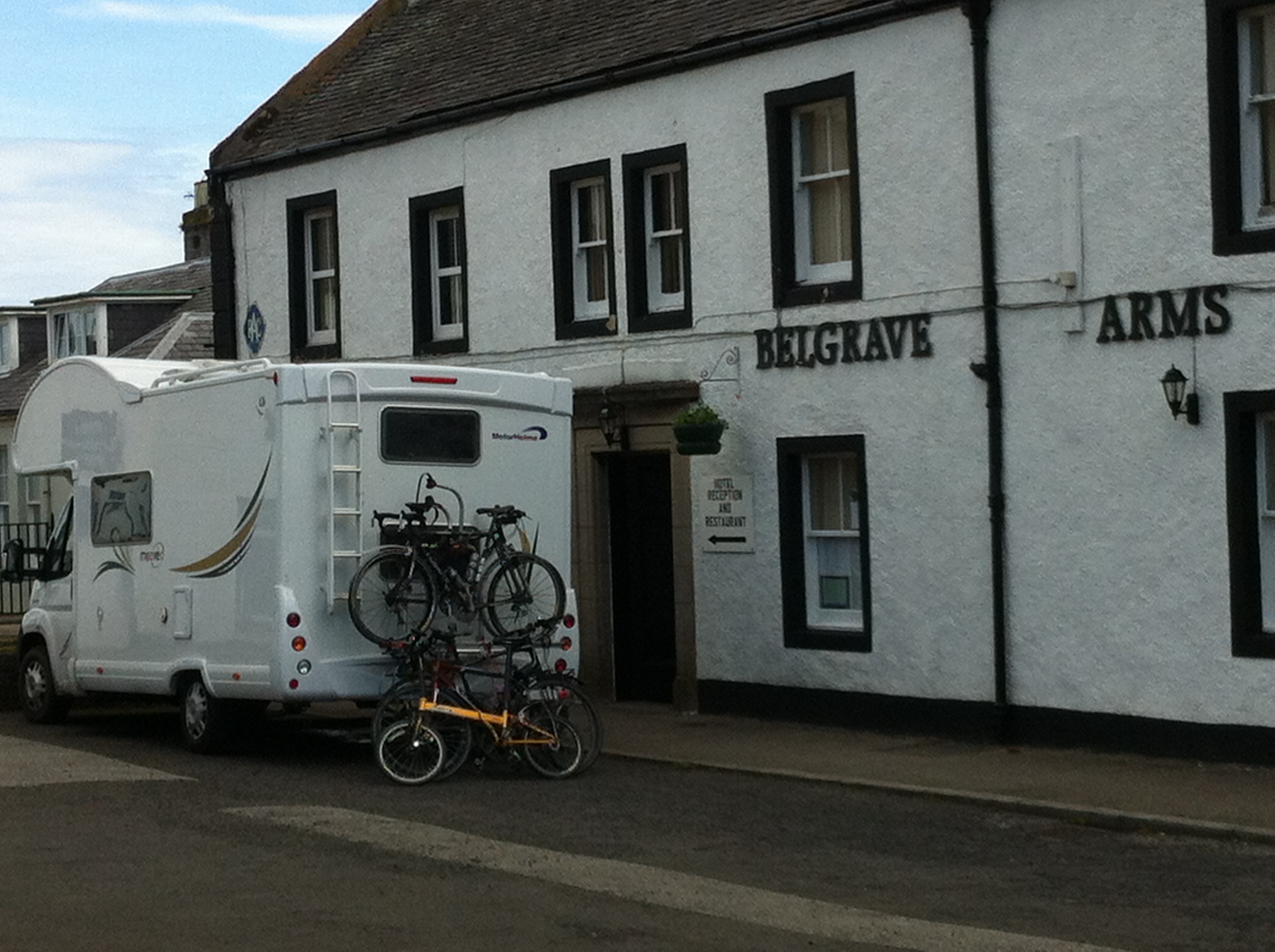