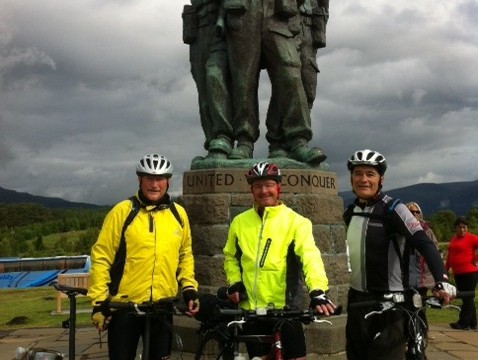 As usual the finish of Day 10 was spent in a local pub. After a pint or two or perhaps we broke the rule yesterday we discussed today’s route!

About an hour out of Fort William we arrived at the Commando War Memorial where Paul had very kindly arranged an RAF fly past we were posing for the photos when the Tornado turned up, rolled over and shot off.  We were too busy having our pictures taken to acknowledge the gesture but thanks chaps.

Now back to yesterday when we were in the pub discussing the route…….There were a couple of choices which were “follow the direct route into Inverness” or Paul suggested a more scenic route that might be a little hillier but the views would be spectacular.  I don’t remember who had the casting vote but apparently it was my fault. We hit that hill just after Fort Augusta and bloody hell it was a proper hill… about 1100 ft and reasonably steep.  To cut a very painful story short we got to the top and couldn’t see a thing, but apparently we were smiling.

The next hour or so was actually very rewarding steep climbs that were short and descents of about the same so belt the shit out of on the down and push on the up.  When we did get to the top after about 30 false summits Paul was right it was spectacular.

Blasting and I mean blasting down we then hit a junction in the road where it was about 20 miles to Inverness. There was another discussion about the direct route or the quieter not guaranteed flat route… We again stupidly opted for the unknown.  The sun was out and we were full of enthusiasm we had loads of time it was only about 1 pm.

We pottered in to place called Falls of  Foyers and stopped for tea.  Sitting in the sunshine I stupidly commented that “touch wood we had been really lucky with the weather today” I am not exaggerating within 30 seconds it started to rain and within 2 mins we were grabbing our tea and running to get inside.  The familiar hugging a cuppa syndrome set in again.

When it slowed I put my coat on and got ready to go by the time I turned round Paul and Dave had gone. The descent out was a bit scary for me on those small wheels VERY steep “S” bend a lot of running water so I took it easy and did not catch the B****rds for about 3 miles .

When I finally did catch them I said I was fine and there was no need to wait… Paul said they were not waiting they just slowed as the rain was moving ahead of us.

We just pottered into Inverness at about 15 mph…. I know that because we had one of those traffic signs that smiled at us and told us we were not breaking the limit!

Another day when I have seen parts of Scotland I will never see again.

We arrived at the campsite to see Rob with a nice clean shiny van and a cuppa, showered and heading out to dinner in the local Italian.

A couple of observations about the bike, the clearance under the pedals is F*** all when cornering, forget to lift the inside pedal and you would be off.  Steep downhill and it is as fast as anything… Graham Obree riding position arse in air hands tight and just gun it… Scary as hell but you only live once! 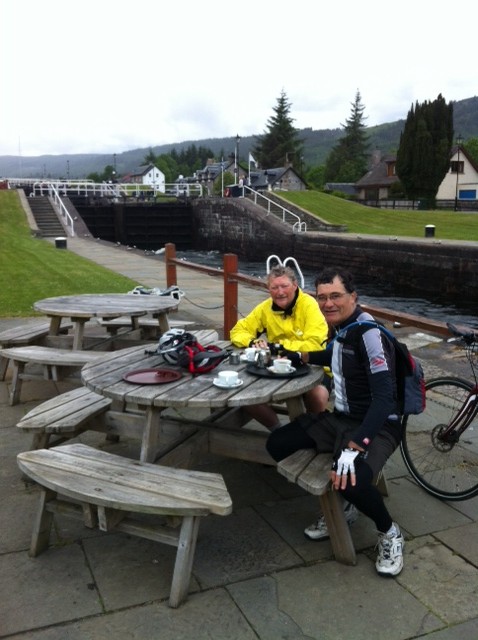 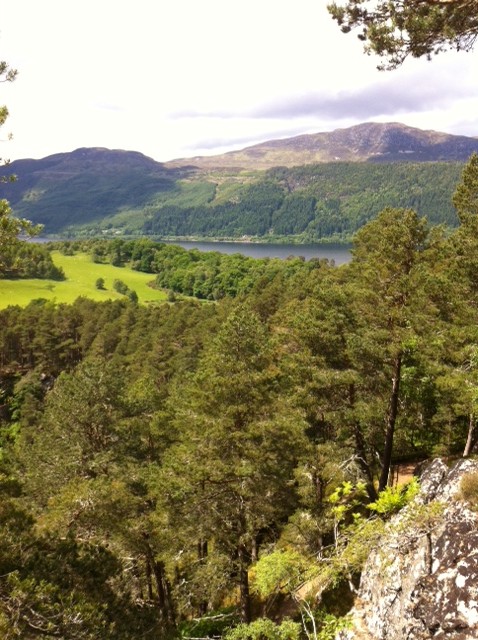 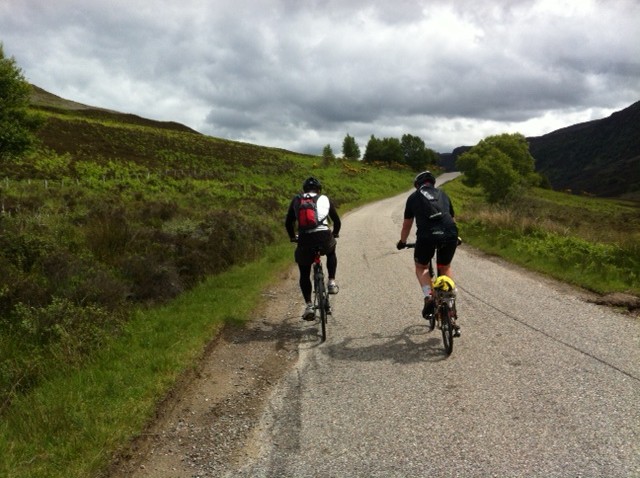 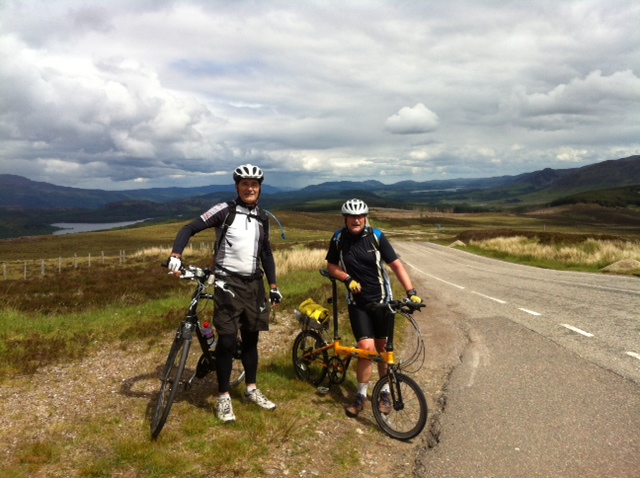 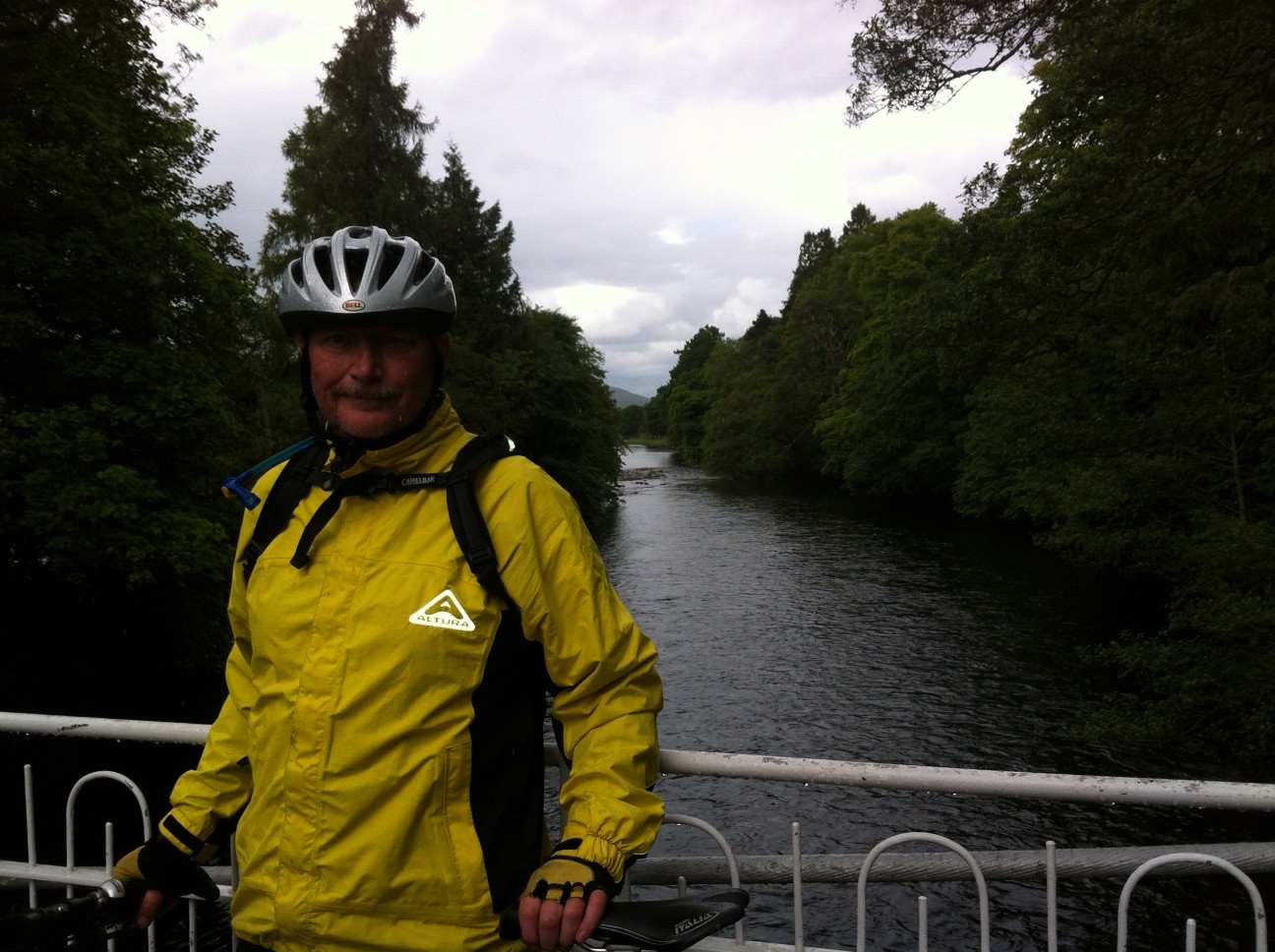