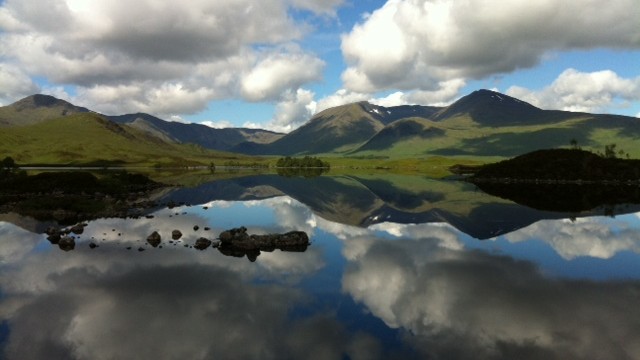 We were awake extra early today as Paul had decided to leave a couple of hours ahead of us so he could stop off and climb some Mountain in Glen Coe…. NUTTER We got up at the usual time, had breakfast and started to sort ourselves out.  It was a beautiful morning, no rain, clear skies  and not much wind although there seemed to be 2 immediate problems,

1. Paul had left our bikes locked up and had taken the key

2. A second or two stood still outside and we were bitten by midges

The first was solved by calling Paul who told us the key to the other lock was the same, the second was unavoidable so we rushed out got on the bikes and were away.  At least when we were moving they could not catch us.

The first hour was a steady climb which warmed me up sufficiently to allow the removal of my rain jacket (yes the same muddy yellow one I have worn every day) and Dave and I settled into a good rhythm, the sun in our faces and all was very well with the world.  Rob honked his horn as he passed us on the way to meet Paul so Paul could lock his stuff in the van at the climb start.

We climbed comfortably and descended as fast as we could only stopping to take a few pictures of the perfect scenery.

We arrived at the van after about 3 hours and sat down to eat our cake and fruit in glorious sunshine!

Dave and I thrashed on into Fort William without another stop completing the leg in just less than 5 hr 30 min.  We went straight into the town centre found a table outside a pub and had a pint.  There was no point rushing to the campsite as Rob had not passed us yet…….

A cold beer and we were off to the campsite where Rob had arrived just before us.  We sat on the grass and instead of shivering inside the van with hands wrapped round hot mugs of tea we had another cold beer!  Paul arrived about a half hour later and joined us. Rob then put on his waders and headed to the river which is about 100m away and as I type he is fishing within the shadow of Ben Nevis… it really is a picture.

Not much more to say about today I think the pictures say it all. 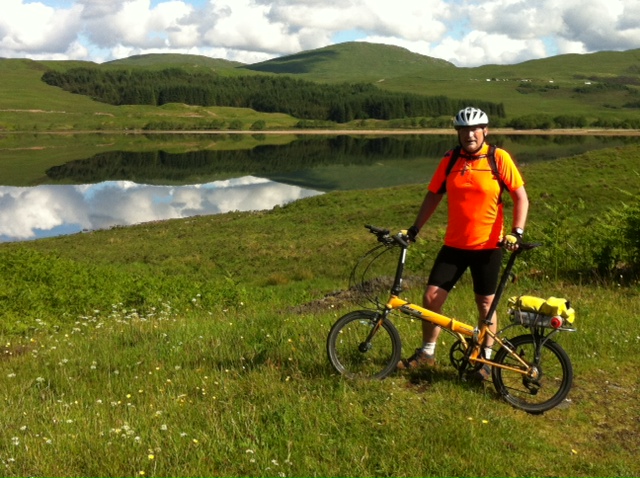 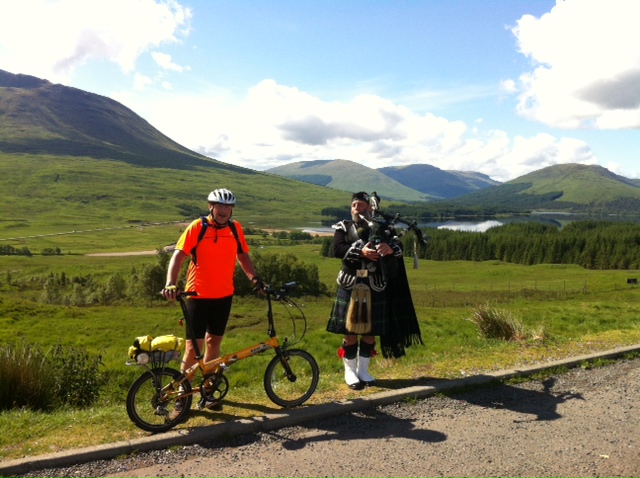 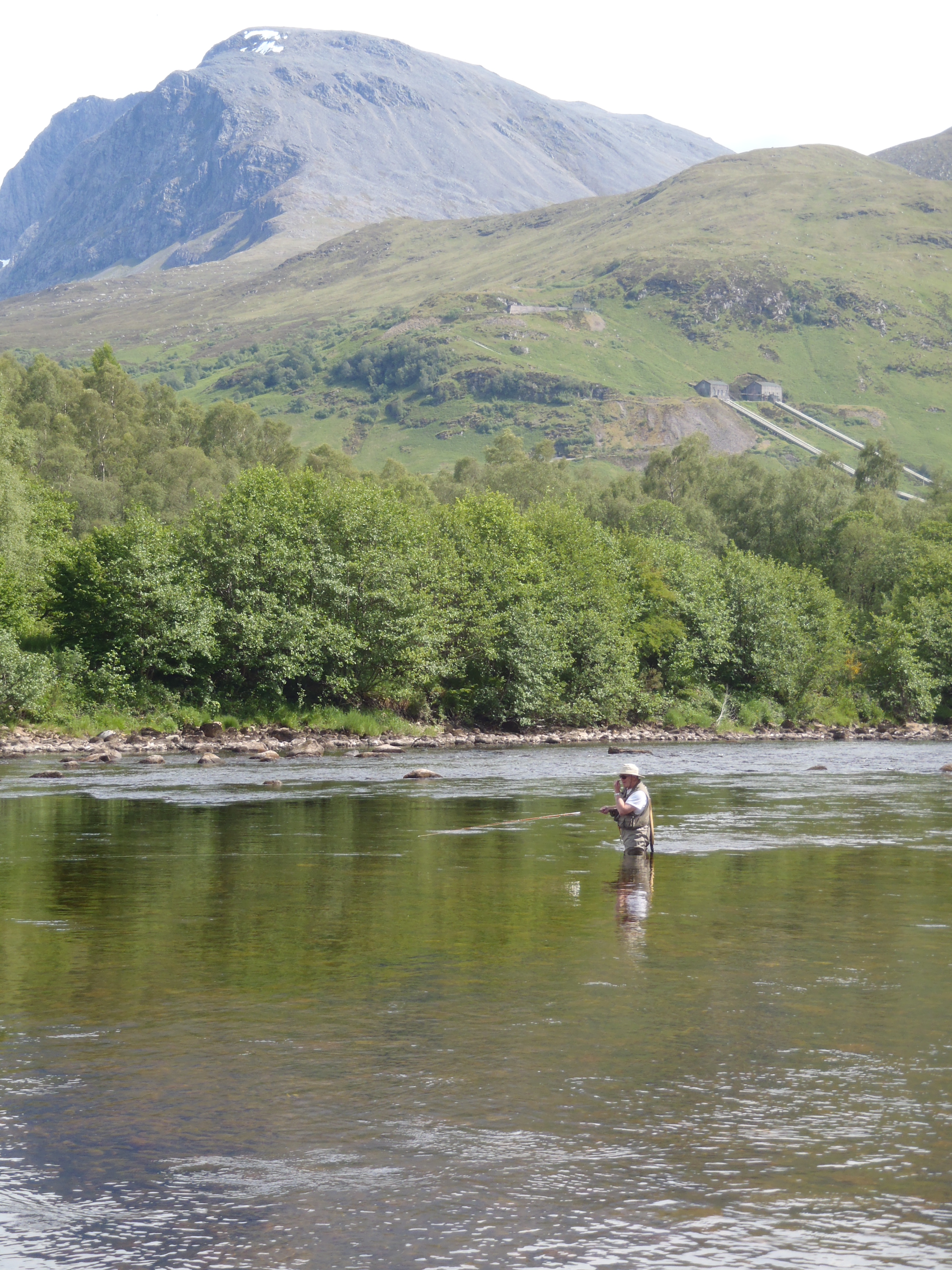 Rob fly fishing in the shadow of Ben Nevis.... Perfect