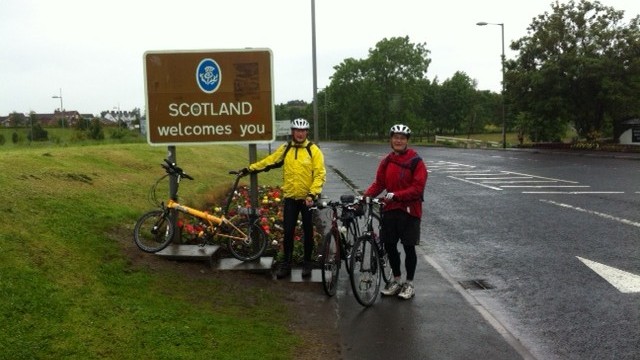 Went to bed early and was so tired I did not even make it through to the second half of the England game.  Slept badly again as the torrential rain made it sound like we were sleeping in a drum.

We were up and I was feeling quite despondent as I squelched my way from the van to the wash room block as the ground was so badly water logged and the rain was very heavy.

Breakfast was quite muted and there was a distinct lack of enthusiasm to venture out into the cold for the start of the day.  We eventually forced ourselves out and we pushed our bikes to the caravan park entrance as I did not want to risk falling off in the crappy rutted drive made very slick with the rain.

The first hour we really hammered along trying to get some heat into our bodies, it did not work and we soon arrived in Scotland.  The obligatory pictures at the first house and we set off again (not until after I had proposed to Paul though,  strange things happen when you are cooped up in a van with 3 men for a week LOL).  After pushing on for another one and a half hours we gave in to the cold and rain and stopped for tea.  We were so bedraggled and pathetic looking that the very nice lady who served us also brought clean white fluffy towels… we were near Lockerbie (The Queens Hotel) Now that has to be a sign of a very hospitable host?

Again it was very hard to leave the warmth of the hotel and get on our bikes but we forced ourselves to do it.

The next few hours through possibly some of the most beautiful countryside in Scotland was spent head down just driving the pedals round; the weather was without any doubt the worst I have ever cycled in, not to worry though we were only doing about 85 miles today.  It was so cold our breath was coming out like steam you would have thought it was November.

After what seemed forever we arrived at a service station and without hesitation we tracked off route and headed in.  We had tea and soup which was exactly what we needed.  Retrieving my phone from under 3 layers of clothing I had a message from Rob telling us the campsite was “not nice” and the van was stuck in the mud and we would have to push it out when we arrived.  This jolly message cheered the 3 of us up enormously!

Refreshed we stepped out of the Cafe to be greeted by a very strong biting head wind and just so we didn’t enjoy the day too much the wind was driving cold stinging rain straight into us… it was bloody freezing and very unpleasant.

We had just about had enough so again it was head down and just get on with it which we did.  It took us just under 8 hours in total including stops so the pace was certainly quite good under the conditions.

We sat in the relative warmth of the van just thawing out for a while and had more tea.  Rob had got his trout from yesterday ready to cook so while we messed about with the technology he got that sorted.  It was delicious and very welcome after a very miserable day.

To cap the day off perfectly my phone seems to have stopped working. It is in the oven “drying out” and the van is still stuck in the mud!!!!!

Just back from dinner which was hot and spicy curry and now back in van happy that all our toys are still here… as I said not a very nice campsite.  Tomorrow is another day so bring it on

ps sorry that this is a little downbeat but honestly I am struggling to remember a day in my life so far that has been so un enjoyable!  We have earned our sponsorship money today. 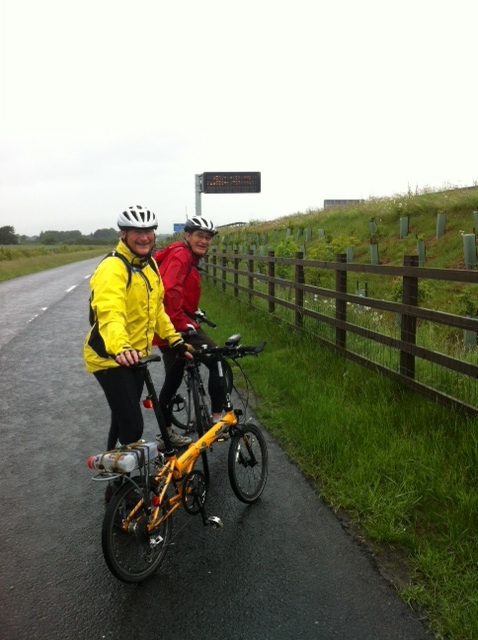 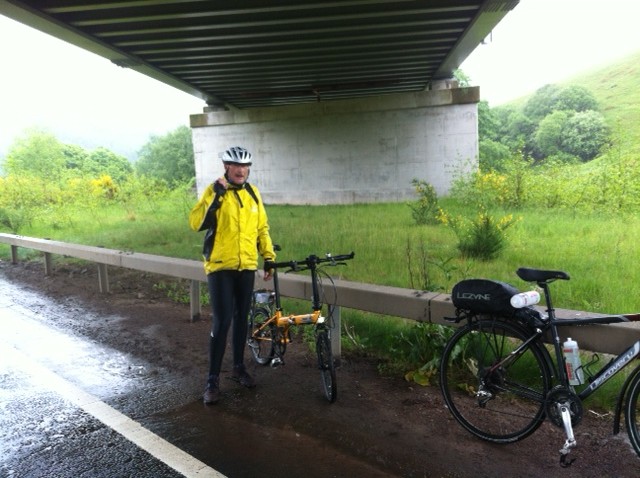 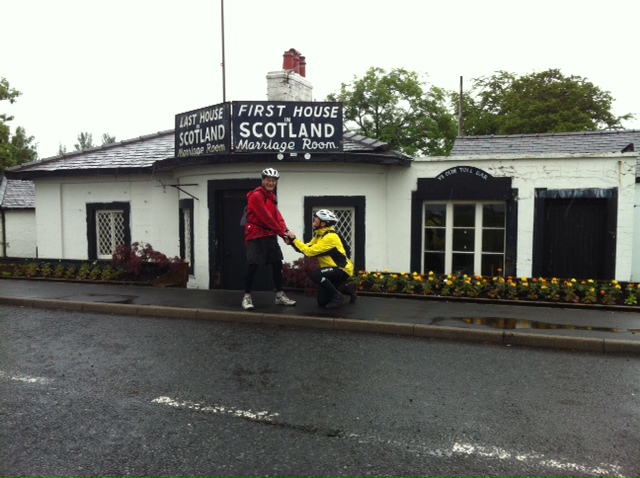