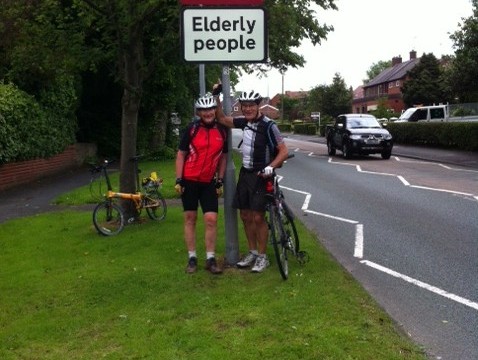 Same old story no sleep what the F*** is the matter with me, I’m tired and the boys are all being quiet and still little deep sleep.

I was up and out of the van at 6:30 while the rest were still sleeping.  I messed about with the bike and changed the front brake pads as been having quite a lot of trouble stopping the thing especially because of the little wheels.

We had the usual breakfast and finished loading all the toys, Heart Rate monitor and most importantly the GPS.  Switched it on and did not have today’s route loaded so back in the van upload file and get on our way, cannot move without electronics these days especially as I am not even looking ahead as it scares me too much!

With the sunscreen smeared all over we were ready and off we went.  Within a very short space of time we were racing along being chased by yappy dogs and feeling reasonable happy.

Another reasonably event free day but to be honest not a very enjoyable ride as quite built up and a lot of traffic.  After our coffee stop just before the Runcorn bridge we spent 20 mins trying to find a way over it without being killed… Dave was just going to run over and jump the barriers but I would have been far too slow so we messed about asking directions from the locals… as usual they all sent us a different way often back from the same way we had come.

We eventually got over Runcorn Bridge where we posed for photos again then trundled through town after town…. even through those place St Helens and Wigan… yes I did spit!  We also ensured that we guarded our bikes as we did not want to return to them and find them on bricks… only joking no offence meant.

Now for the only real problem of the day.   Rob called to inform us that yet again his day was not going to plan.  The plan was get to the camp site and fish (Robs plan every day).  On arrival he discovered that we could not stay there as the van would not fit under the archway at the entrance so he moved to the next site where there was no fishing.  He spent the afternoon preparing dinner (preparing “dinner” is probably a little of an exaggeration) we had grilled sausages, bacon, eggs and he bought chips from the local chippy.  We are very grateful he has helped us a LOT.

After dinner I helped Rob wash up so we could get to the bar, do our blogs and the usual catch up.  Just to show that the sun shines on the righteous, while sitting in the bar Rob got chatting to one of the old boys who was a co owner  of the river not 50 meters from the bar.   To cut a short story even shorter Rob was off changed into his waders and as I type he is catching our breakfast! 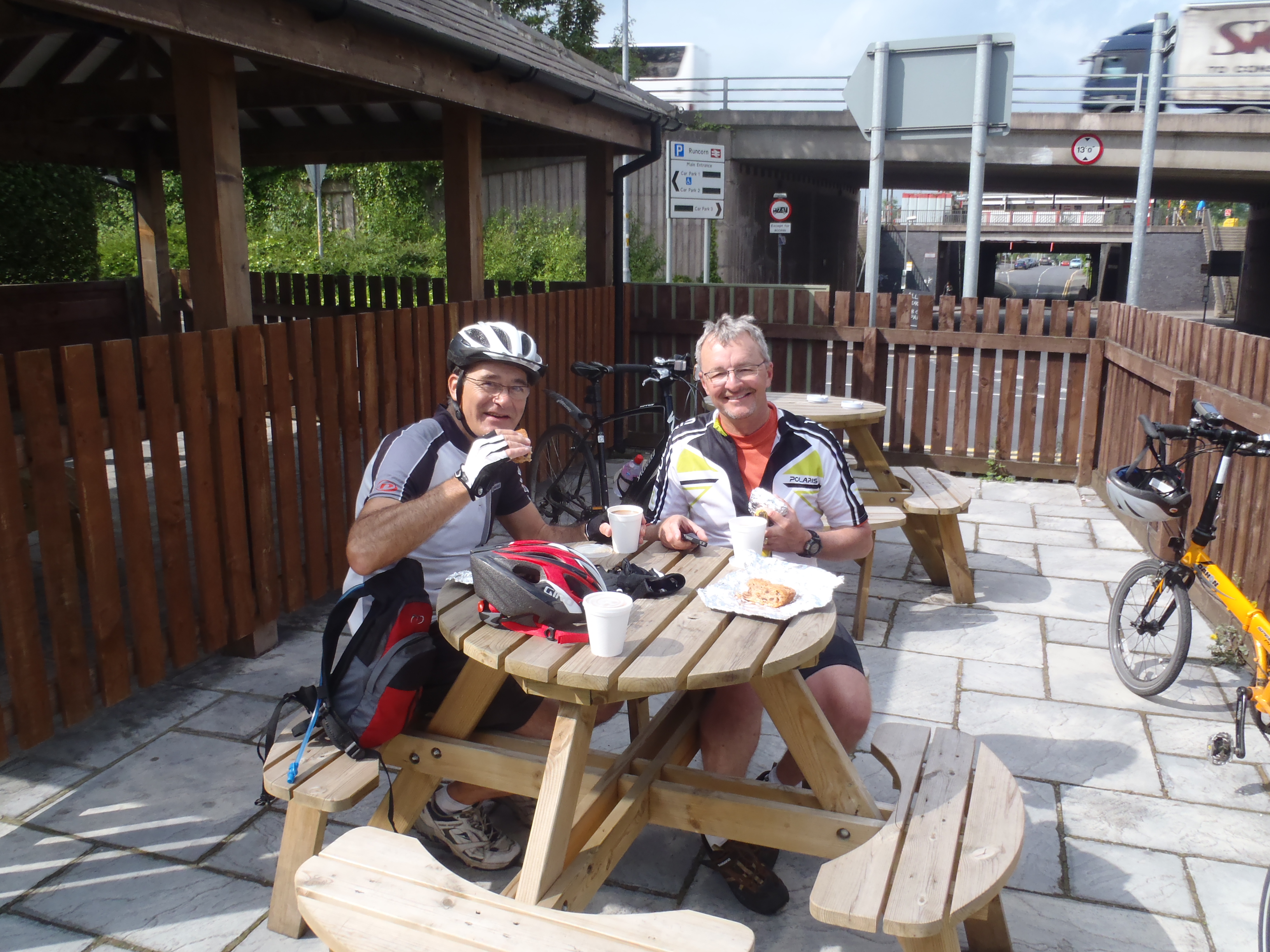 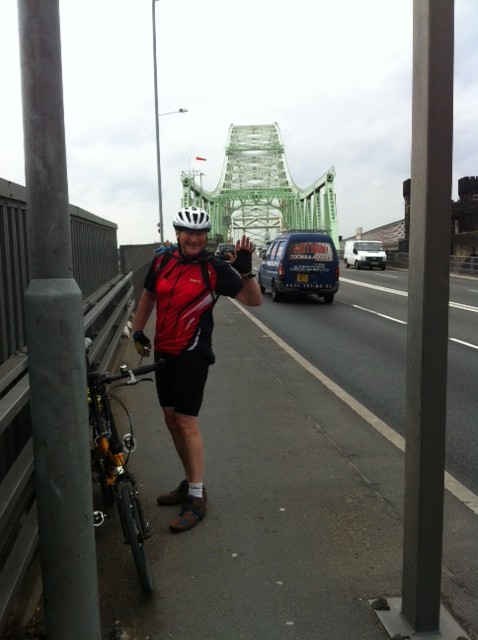 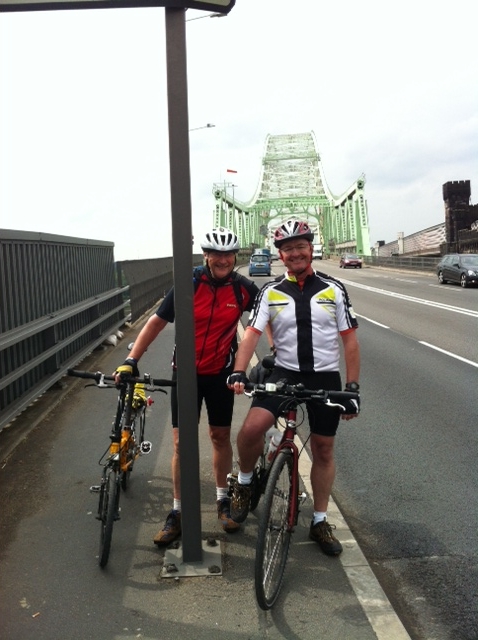 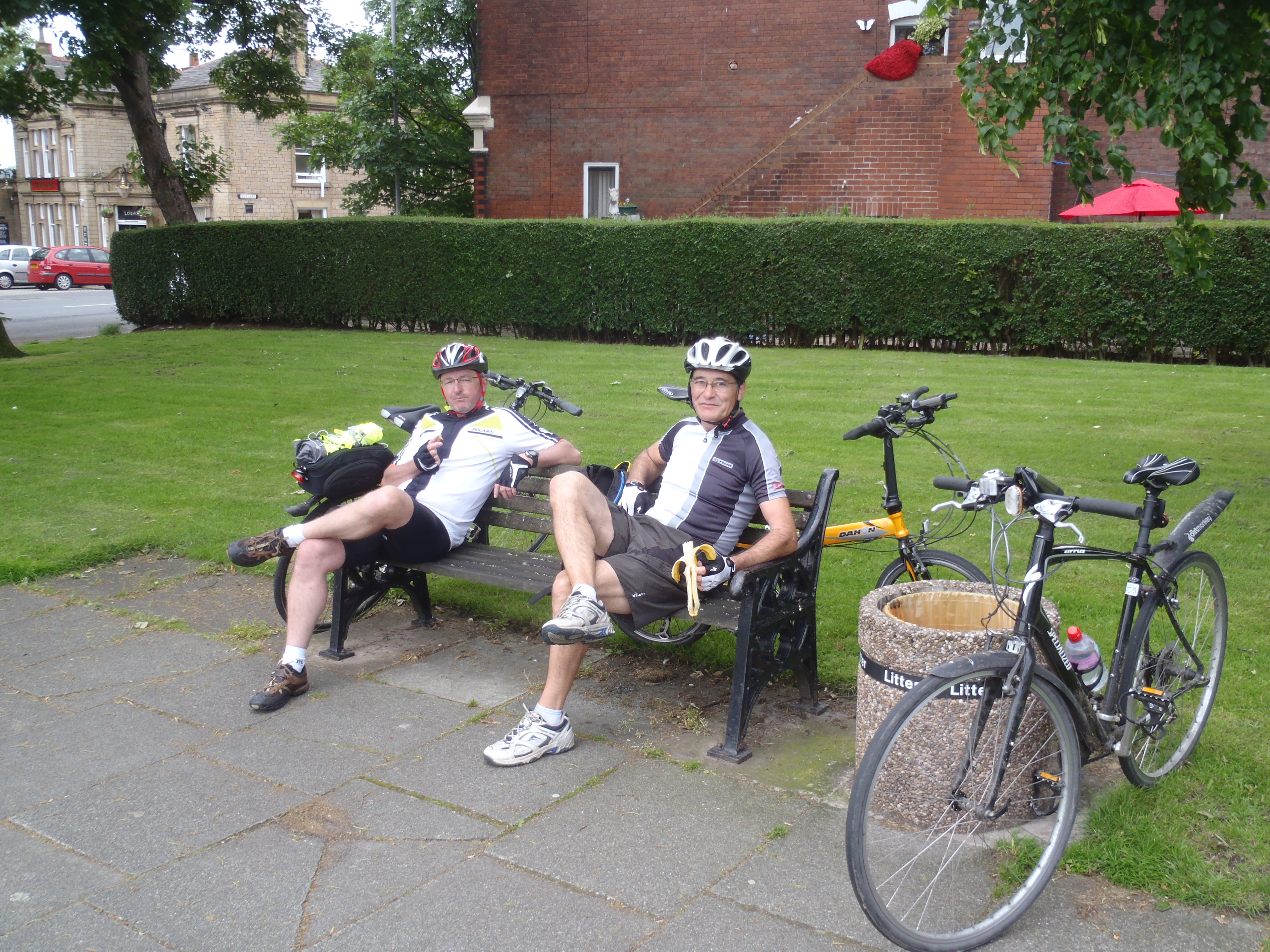