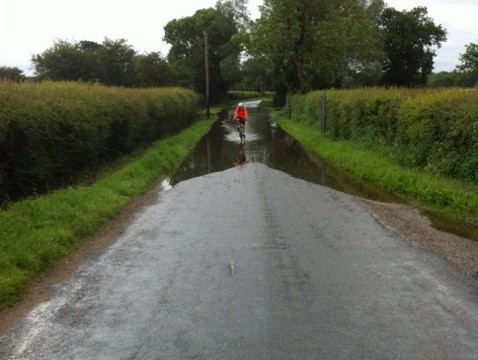 Woke up early again after Paul and me deciding to sleep in the van rather than in Dave’s home… I thought if Rob slept in the house it would isolate us from his snoring for at least 1 night.

We got dressed in our nice clean warm clothes and had a home cooked breakfast my shoes although not dry certainly were not as wet as they had been, we had our picture taken without rain coats for the first day since we started what a great start to the day or so I thought.

Turning right within about 500 m of Daves drive we reached the ford which was obviously not dry.  I don’t really need to say this but within 5 mins my shoes were full of water so all the very valiant efforts of the night before were wasted.

We cycled round to collect Daves friend Greg who was “Guesting” on the stage.  He had raised money for H4H as well, so after a bit of messing about we were off.

Paul was feeling very frisky so he went off on his own and the remaining three of us were moving at a leisurely pace towards Ledbury which was about half distance.

Dave took us through some beautiful undiscovered parts of his area, we stopped for a photo outside an outstandingly picturesque cottage, that lady owner popped out for a chat and took a picture of us posing outside her home, I did not get her name but thanks it is a nice picture.

The next stop was a hotel at Birdlip where as were locking our bikes a pleasant “good morning” got us into a brief conversation with Mr Kevin Queally.  When we told him what we were doing he donated to our cause, Thank you Kevin.

Within a short ride of the hotel Greg pulled a tendon (so we think), he really struggled and decided to withdraw when we got to Ledbury.  We called Rob (who had finally got some time to himself to fish) to come and rescue him giving very explicit directions as where he could be collected, In the cafe opposite Natwest bank and if that was not clear enough Greg told him to look out for a large union Flag flying above it………………… As most of you will be aware it was Jubilee Week last week so there are 100s of Union Flags flying this additional instruction did not help much and actually caused Rob to miss the cafe.  A minor detour trying to find a place to turn round an almost 4 m long van in a small town delayed Greg’s rescue.

With Gregs injury Dave and I were quite a long way behind schedule so we had to get on…. I cannot remember much more about the ride except that it was about 80 miles and took us about 10 hours…. 10 hours on a saddle, I don’t care if its gel or made of velvet from the Queen’s coronation cloak is too much for anyone to endure comfortably.  Dave and I are made of stern stuff so as I climbed into my sleeping bad at the end of the day I tried not to cry too much!

Just another couple of things to say, we had dinner in a local pub (Temeside Inn ) very near the campsite which was excellent and while we were chatting with the bar staff and chef  I handed out my Flyer, we received another donation.  My mind was obviously on other things and I did not get the couple name but thanks whoever you are. 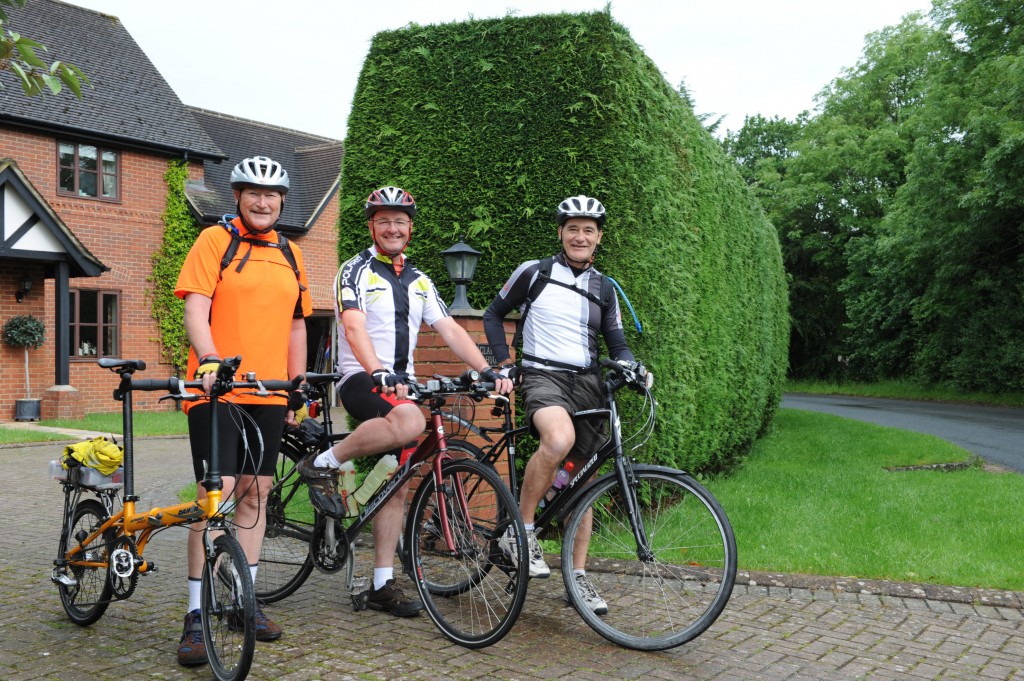 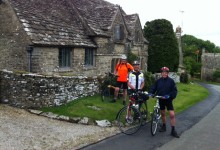